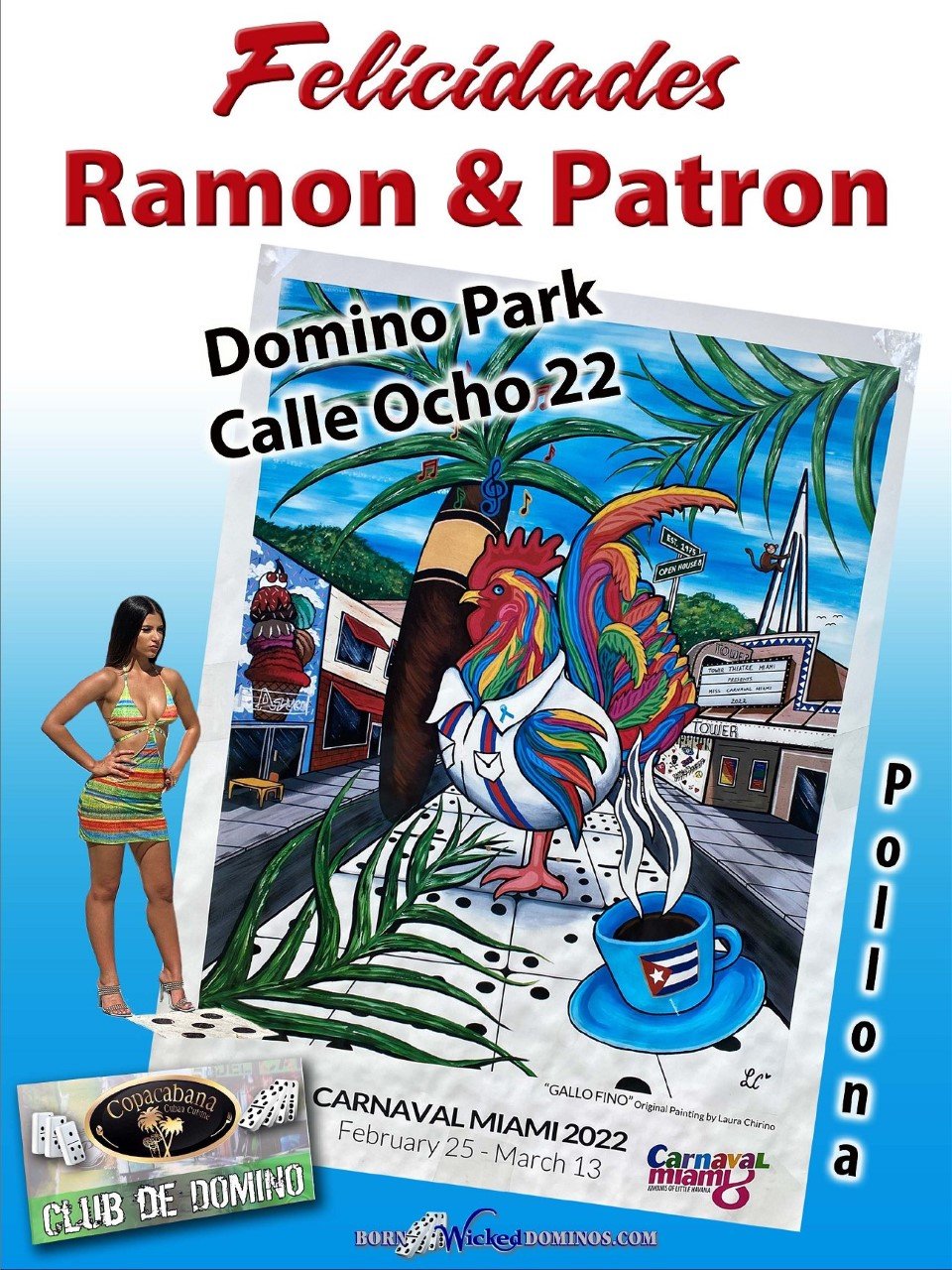 Posted at 16:18h in Dominos by bornwicked 0 Comments
0 Likes
Share

Máximo Gómez Park in Little Havana, more affectionately known as Domino Park by the locals, is a hidden gem right on historic Calle Ocho (8th Street). Named after General Máximo Gómez, a Cuban revolutionary, this is a social spot popular with locals.

At any time of day, you will find the regulars sipping Cuban coffee, playing dominoes and chatting with friends. A tradition for more than 40 years, gameplay at the park is serious and exciting to watch, with authentic Latin energy and competitive banter. Games are typically for members only. Anyone over 50 with a Maximo Gόmez Domino Club card has free, lifetime membership to play here – and the players don’t mind an audience.

The small park features walkways of domino-decorated tilework and a perimeter lined with benches for spectators. You can’t miss the painted mural that serves as the backdrop for this popular hangout. Created by Dominican artist Oscar Thomas, the mural depicts the presidents of all American nations that attended the first Summit of the Americas, held in Miami in 1994.

Entering the park, you’ll see the Little Havana Paseo de las Estrellas (Walk of the Stars). Reminiscent of the Hollywood Walk of Fame in California, the stars here are given to Latin American actors, writers, artists and musicians.

No visit to the park is complete without a stop directly across the street at Azucar Ice Cream Company, known for its amazing artisanal gourmet ice creams and sorbets in Cuban, tropical and other flavors. Domino Park is located on the corner of SW 8th Street and 15th Avenue, just a few steps from the Little Havana Visitor Center. Free parking can be found behind the park and there is also metered street parking along 8th Street.

This site uses Akismet to reduce spam. Learn how your comment data is processed.